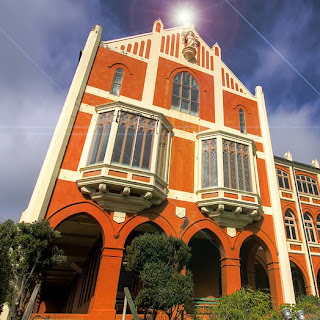 A brief History of the Church & Monastery

From its commanding site overlooking Wellington Harbour, St Gerard's Monastery has, since 1932, served as a symbol of spiritual strength and service. Funded by public donations collected in the middle of the Great Depression, the building was originally constructed as a home for the Redemptorists, members of the Congregation of the Most Holy Redeemer. The Redemptorists, who first arrived in New Zealand in 1883, required a base from which they could travel the country inspiring Catholics to find a deeper faith. The monastery was built on the site of the Redemptorists' former homestead. It was cleverly integrated into the church that was erected on the site in 1908. The three storied monastery allowed the priests to accommodate guests and hold retreats and missions on a greater scale than had been possible before and its construction reflects a strengthening of the Redemptorist's commitment to New Zealand.

The monastery was designed by Frederick de Jersey Clere, a well-known architect responsible for designing St Mary's of the Angels in Boulcott Street, where the Redemptorists had held many of their early missions. Built as an extension of the church, the eastern gable of the monastery mimics the structure and form of the church, giving the complex a balanced composition. The strong horizontal and vertical grid of the concrete post and beam structure is accentuated by red, brickwork arches of the cloisters and add drama to the building. Its Gothic pinnacles, pointed arches, and the lancet windows decorated with quatrefoils and trefoils, reflect the decorative elements used in the Church.

To comply with city council regulations, the building structure was composed of reinforced concrete and clad in brick veneer. Inside the monastery decoration was kept to a minimum, creating a severe yet dignified space. Heart timber was used for the doors, window frames and floors while the wall surface was generally of concrete covered with plaster. Bedrooms for the Redemptorists and guests originally occupied the first and second floors, together with living facilities such as a private chapel, oratory, library and parlour. The ground floor was used for storage and utilitarian rooms such as the kitchen and laundry. The workmanship and materials used in the building are of a very high standard and the design appropriately religious. 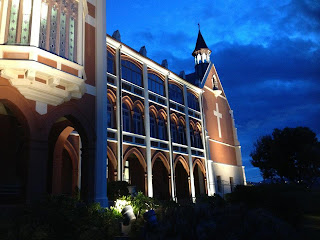 Other than changes made for decorative or safety reasons, the monastery has had only two major changes. The first was the enclosure of the cloisters on the first and second floors, to block out the high Wellington winds. The second, and more dramatic, alteration was the demolition of the original entrance, removed to make way for a car park in 1971 when the Church became a parish. It is a reflection of the attempts made by the Redemptorists during this period to cater more for their local congregation.

The monastery continued to serve the Redemptorists until 1988, when increasing rates and declining numbers forced them to sell the property. The strong spiritual role of the building was retained when the Institute for World Evangelisation - ICPE Mission, purchased it for use as a retreat and training centre for evangelist missionaries in 1992. In recognition of the monastery's importance as a historic landmark, the Wellington City Council purchased land in front of the monastery to prevent it being obscured by new buildings.

The highly visible and dramatic siting of St Gerard's Monastery on a cliff above Oriental Bay makes the building one of Wellington's most distinctive and significant landmarks, and a feature of many Wellington paintings and postcards.

The building was designed by the nationally renowned architect, Frederick de Jersey Clere, a pioneer of the reinforced concrete construction of which the Monastery is composed. The materials and workmanship evident in the building are of exceptionally high quality.

The monastery is highly esteemed by the public. Throughout its history, considerable measures have been taken to preserve the building. It has both national and international historical significance through its connections with the Catholic Church. It is also the first mission centre established by the ICPE Mission in New Zealand. 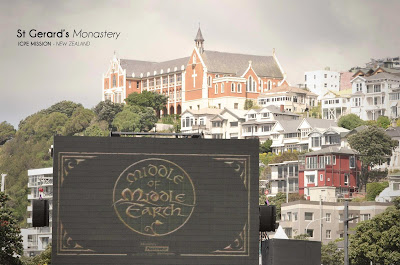 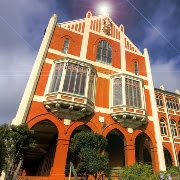 We desire to know Christ and to make Him known.